What is the number of CS GO skins? | CSGO-Top.com
Skip to content 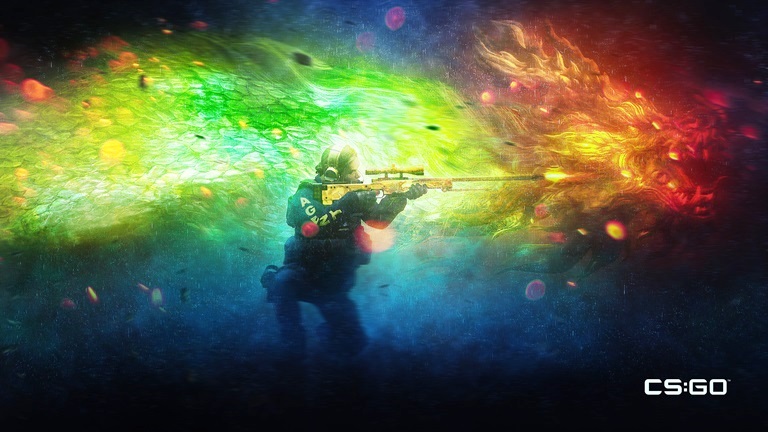 There are many skins in CS:GO. To list them all will take several hours of your life. But how many skins are there in CS:GO? This question was asked by many users of Counter-Strike: Global Offensive. And we tried to answer this question in our material.

Tracking the dynamics of the appearance of new guns in CS:GO is not so easy, which means that mathematically the approximate number of CS GO skins cannot be found out.

Counter-Strike: Global Offensive has enough features at its disposal that attract a new audience and manage to keep the old one! This, for example, can be skins. They have formed their own market where everyone can earn money by combining it with the pleasure of the game. Valve sees the popularity of things very well and adds them all the time.

One thing is for sure: CS GO has already managed to accommodate over 1000 things and this is far from the end. They will be added every year when an operation or a new case is released. It is not known how much the mentioned figure will reach, but most likely it will be 2000 and possibly even 3000 pieces.

Timeline of appearance of skins 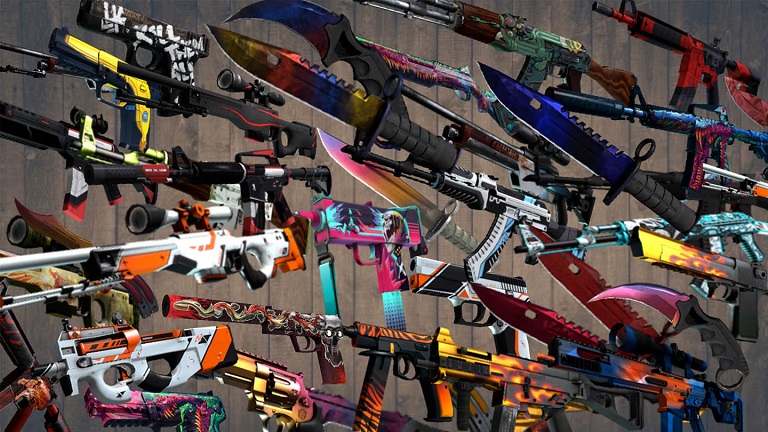 Skins can be obtained during the game. And also, we are all familiar with cases. Each of them contains a certain set of skins, the list of which can be viewed in the game itself. You can knock out skins from cases in CS:GO using a key. It can be bought both in the game itself and on the marketplace from other players.

The appearance of skins

A distinctive feature of Counter Strike Global Offensive from the previous series was the presence of skins. They were before, in the days of CS 1.6 it was possible to download the model, replace it in the game files, and enjoy the game with “bright” weapons. But in this case, only you saw the modified model.

CS:GO came up with a solution to this problem, they became common skins visible to everyone, but there was no longer an opportunity to get them for free. And now, for 10 years of the existence of CS:GO in the game, we can observe a Klondike of various skins and cases.

Basically, new cases come out with new operations, but sometimes in honor of various events. For example, Esports cases. They were issued in honor of the tournaments taking place at that time. Each case has its own collection, but not each collection has its own case. This is explained by the fact that there are more collections in the game than the cases themselves. 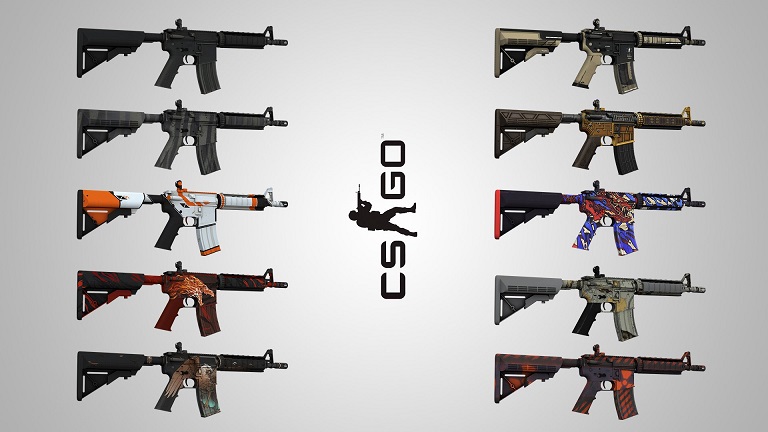 When Valve first introduced skins to CS:GO, they had an idea with dynamic wear of skins so that skins could lose their quality during the game. But the idea was abandoned, as the majority of the Steam community expressed a desire to play with beautiful and new skins.

Let’s start with the “The Arms Deal” collection, which included 9 weapon skins. Popular skins from this collection are:

Then we were pleased with two collections of maps “Assault” and “Office” at once. With seven skins in the first and six in the second. “Assault” contains the most expensive skin for the Glock pistol – “Glock Gradient”. It is one of the best variations of this gun for all CS:GO fans.

The next was the “eSports 2013” collection, it contained 9 weapon variations. Of these, “Awp Bach” stood out, as well as a variation for the P90 called “P90 Deadly Cats”.

After that, as many as 15 collections were released, including 12 maps. As well as the regular “Alpha” collection, a case from “Bravo” operation, and the second “Arms Deal Two Collection”.

The best skin of these series was Deagle Flame – Dust, which was very much appreciated by the entire CS:GO community. And was recognized as one of the best skins for the Desert Eagle. The next was the “Winter Offensive” case. In it, for the first time, weapons from the Asiimov series appeared. M4A4 Asiimov immediately won the hearts of fans and took pride in place on the shelf of the most coveted skins. It was followed by the “Phoenix” case, which contained Awp Asiimov. The marketplace offered a price tag of $118 for this sniper rifle.

For a long time, knives in CS:GO were the best drop that could fall out of a case. Everyone wanted a beautiful skin for a knife, and if he still managed to knock out a knife, on the servers it caught a lot of attention from the players. Rumors and talk that gloves would be added to the game were back in early 2016. A Reddit user posted a post in which he showed the names and models of future gloves in hidden game files. This news excited all users who are not indifferent to skins and raised doubts about keeping the economy among skins.

On the night of November 28-29, 2016, the developers of Counter Strike Global Offensive released the long-awaited Glove Case. In this case, the cell of the rarest drop was occupied not by a knife, but by gloves. The reaction of users to the appearance of gloves was very bright, on the trading floor, prices even for a case increased significantly.

At the moment, gloves have become a familiar part of CS:GO. Their presence will not cause a violent reaction, the gloves have become, roughly speaking, “knives”, and at a price, they are practically on par. New variations of gloves are still being added to the game and delight their owners with various colors.

And yet, skins eventually had to become part of CS. The players wanted them, and Valve did not stand aside and created more than 1000 of them. They made it possible to enjoy the game with bright weapons, as well as show them to others. But you should not pay too much attention to skins, after all, the main point of the game in the confrontation between two units should remain in the first place.