Best CSGO players: who are they? | CSGO-Top.com
Skip to content 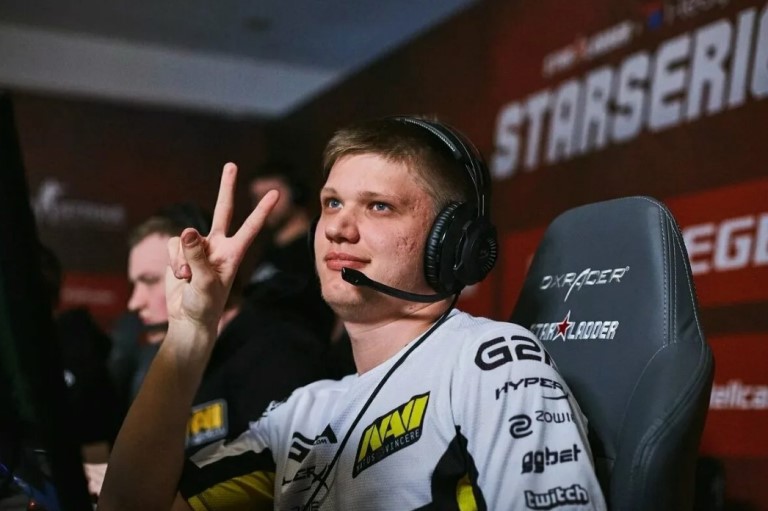 Numerous successful players of Counter-Strike: Global Offensive have made the game their profession. The strongest football player in the world can be equated in popularity to the best CSGO player for today’s kids. Esports athletes earn tens of thousands of dollars in wages each year in addition to their earnings from endorsement deals. Tournament participation is common among players. The top CS:GO players compete for prize money of hundreds of thousands of US dollars. Millions of spectators across the world watch their matches. Men from all across the world aspire to become professional esports athletes.

The best CSGO players work out consistently. Thousands of energetic young men with flaming eyes breathe down their backs. Fans gain significantly from the fierce rivalry in this field because they get to watch bouts that are entertaining, stunning, and full of color.

We have selected some criteria that we believe are important in assessing the greatness of players. The criteria are different. Objective and subjective, game and non-game. So, let’s see.

Number of top-1 awards at the end of the year

This is an analog of the “Golden Ball” in football. The award for the best CS player is presented every year by HLTV, one of the oldest English-language media about CS. According to this indicator, S1mple is in the first place – he has twice taken the top 1. But the sniper shares this achievement with three more players: Get Wright, Сolzdera, and ZywOo.

Hitting the top 3 at the end of the year

It’s hard to stay in the first place all the time. After all, this is influenced not only by individual but also by team results. Therefore, getting into the top 3 is also an important indicator. Constantly climbing so high at the end of the year, although not occupying the first line, is a sign of skill.

Hitting the top 10 at the end of the year

Why is it important? When comparing world-class stars, this indicator can play a key role. Imagine that players in the top 10 form two teams at the end of the season – like in the NBA. And getting it is still very prestigious. According to this parameter, S1mple shares the first place with Device – they have 6 hits in the top 10 each.

In 2022, S1mple broke Device’s record for MVP – they are also awarded by HLTV, following the results of each top tournament. Now Alexandr has 20 awards – one more than the Dane. And in 2021, S1mple won a record number of MVPs in a year – 8.

The most obvious indicator for evaluating the level of play of the CS players. Clarification: we will evaluate according to the 1.0 rating from HLTV because, at the time of the start of S1mple’s career, the 2.0 rating used now did not yet exist. The rating includes many parameters: the main ones are kills, deaths, and the ratio of kills to deaths. Only matches against the top 30 teams in the world are taken into account.

The rating of the player in second place is 1.24, and in the first place is 1.26. It is clear who these two are. But which one is the best? Not ZywOo.

The main team success in CS is winning the Major. So far, S1mple is lackluster with this point: one victory in four finals. Better at once at 18 players. And, of course, the Danes from Astralis have the most first places at the Major – 4.

KAST is a very important indicator. It evaluates the player according to four criteria: kills, assists (which means that the player took at least 40 percent of the opponent’s health), survivability (these are rounds without deaths), and exchanges in the round – when the player died, but a teammate immediately made a minus in response. And here S1mple is also inferior – this time to ZywOo. The NAVI sniper score is 74.2% and the Vitality sniper score is 74.9%.

So far, S1mple is in 5th place in terms of prize money among CS players – he earned $1,616,000. Of the legendary five Astralis, Kostylev is ahead of only Magisk. And the backlog from Dupreeh, who is in the first place, is almost 400 thousand dollars.

We begin the parade of subjective indicators.

The best season in CS:GO history was definitely for S1mple in 2018. Then he scored a rating of 1.34, which was more only in 2021 – 1.35. Only if last year S1mple played in the best roster in the world, then NAVI-2018 is definitely not a team of Alexander’s level. Often Kostylev pulled out games solo, and his teammates, especially Zeus and Edward, did not shoot.

Of the team achievements in 2018, S1mple has 4 victories in top tournaments.

According to this indicator, only ZywOo can compete with S1mple, who took the top 1 in 2019 and scored a rating of 1.32, and also won three top tournaments with Vitality. And not to say that the Frenchman had first-class aimers in the team. However, ZywOo loses, albeit a little, both in terms of rating and trophies. Also, S1mple that year played in the finals of the major, and sniper Vitality only reached the quarterfinals.

How many years does S1mple play at plus or minus one level? Probably, just the same since 2018 – that is, 4.5 years. This is a lot. Remember the top seasons of other players: Get Wright – two years, Coldzer – too. And ZywOo just doesn’t play at the top level long enough to catch up with S1mple.

But there is also Device. He was among the top 5 players in the world for 6 years in a row, and he became third 4 times, and once second. But still, he was never the first and almost always played with top teammates, so S1mple takes the point.

You can take any top highlight and describe in detail why it is the best. We will not do this, but simply say that nothing cooler than 1 in 4 from ZywOo with P250 in CS happened.

The idol of the majority

Messi and Ronaldo’s shirts are among the first in the career of the smallest football players. Everyone wants to be like Messi and Ronaldo. What about in CS? It is unlikely that anyone falls asleep with a dream of playing as a Device or ZywOo, but to become a new S1mple – why not. Because of the aggressive style of play, flickshots, huge popularity, or money, in the end.

It is difficult to find more competent experts than pro players. And they most often call S1mple the best. Here is a fresh quote from Ekindar: “The first one that comes to mind is S1mple. But I can’t call him my idol, I just think he’s the best player in the world.”

And this is how Zeus spoke about the joint game with S1mple: “Almost all of us worked for wear and tear, and many were already squeezed out in the evening. You can’t see the sight, your eyes are closing, and your face is already green from fatigue, but not Sasha’s. He was always focused – even after six consecutive practices on some tenth day of the bootcamp. Everyone already dreams of just sleeping, and Alex sits and sweats, as if this is not a training match, but the World Cup.

In 2019, Betway conducted a survey among pro players. They were asked just one question: “Is S1mple the best CS player of all time?” Five out of eight esports players named S1mple the best – either all time, or only in CS:GO, or at that moment.

S1mple is the best CS:GO player and the best player of the decade. It was he who made it so that we stopped comparing his confrontation with ZywOo with the battle between Ronaldo and Messi.