Gide: How to change weapons in CS:GO? | CSGO-Top.com
Skip to content 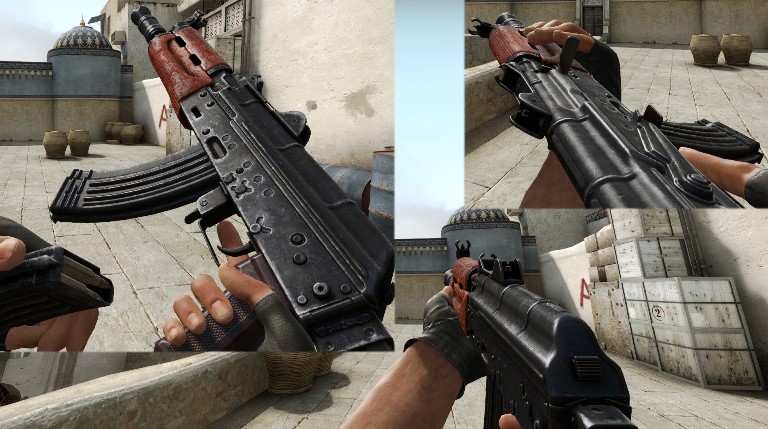 What do gamers want when they dive into the world of Counter-Strike:Global Offensive? In general, shoot well, and cut enemies with knives – such a virtual war game. And what is the most important thing in a war? Of course to change weapons in CS:GO! Without a cool rifle, a fast-firing machine gun, or a sharp dagger, it will be difficult to defeat opponents. At least because they have them…

To change weapons in CS:GO is to use an extensive arsenal, including a wide variety of firearms and knives. Knowing the difference between them, you can achieve great success in the game. Also, do not forget that for some players, their weapons become something of a personal fetish. They not only seek to destroy opponents but also want to do it in style, with taste.

Guys, let’s look at all types of weapons in CS:GO and talk about different aspects related to them!

How to change weapons in CS GO?

It is worth starting with the simplest basis. Changing weapons during the battle is carried out with the mouse wheel or numbers on the keyboard – 1 for the main, 2 for the auxiliary, 3 for melee weapons, 4 for grenades, and 5 for the bomb. Except for grenades, the player can only have one weapon of each type at a time.

We just have a basic handgun and a knife in our arsenal when we load a CS:GO round. You must buy something cooler with your starting money from the store in order to replace them. Since they are easier to wield than heavy weapons, the initial weapon to be taken should be a pistol, shotgun, or submachine gun. 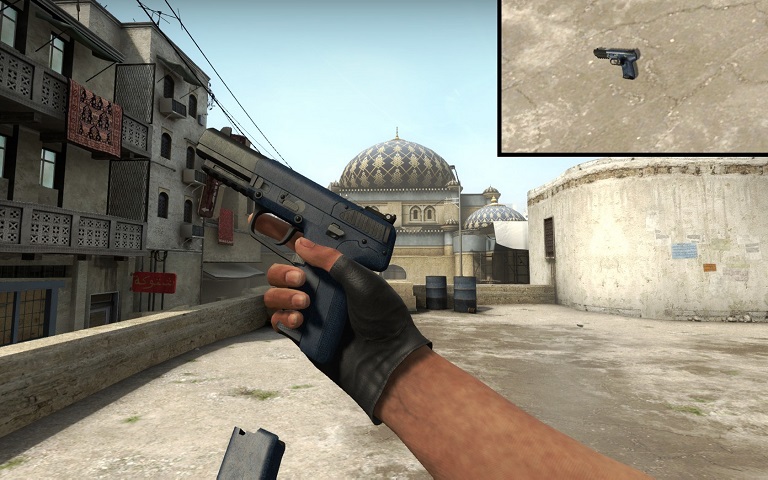 Your gaming preferences, which you can determine as you acquire gaming experience and after reading the descriptions of the CS:GO weaponry below in this post, will ultimately determine what you should purchase from the store.

To call the store, press the button with the letter “B”. The purchase should be made quickly, as the game allocates only 45 seconds for this. In order not to spend too much time choosing, it’s worth knowing in advance the cost of weapons in CS:GO, which is also displayed in the inventory, in the “Equipment” tab.

The number of slots in the game store is very limited – they are actually much fewer than the weapons in the CS:GO inventory.

To add new selection options there, you need to:

In addition to shopping in the store, CS:GO offers another way to change weapons – picking up from dead opponents and allies. After the death of a character, the best of his weapons falls out and becomes available for selection. To take it, you need to free up some kind of slot, that is, simply throw away the extra weapon. To do this, take it into the hands of your fighter and press the “G” button. Then it is enough to pass by the “no one’s” weapon, and it will be taken automatically.

Characteristics of weapons in CS:GO 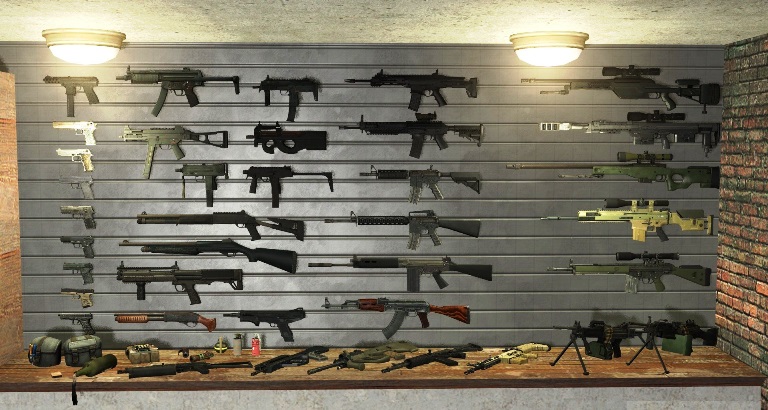 Let’s look at the main qualities of different types of weapons in CS:GO.

Pistols belong to the class of auxiliary weapons. They deal rather low damage, and only the Desert Eagle can be called a powerful weapon. Another not the most pleasant quality of pistols is a small clip, so choosing them, be prepared that the bullets may end at the most inopportune moment. The advantage of pistols is their effectiveness in headshots, as well as their low weight, which allows them to shoot relatively accurately even on the go. Pistols can come in handy when your main weapon runs out of power, and instead of wasting time reloading, you switch to a pistol and quickly deal with the surrounding enemies.

The following types of pistols are available in CS:GO:

Shotguns are good in close combat, have a wide area of ​​coverage and therefore it is easy to hit the target with them. In ranged combat, they are ineffective, as their power is simply dissipated. They shoot slowly but are cheap.

Shotgun models available in the game are:

Machine guns require special use – with them it is best to position yourself in a place with good visibility and fire at anyone who appears in the line of sight. In the case of CS:GO, this tactic is not entirely effective, since the game is very dynamic, often it requires a lot of movement, and other types of weapons are more effective.

There are two types of machine guns in CS:GO:

Submachine guns are light, fast-firing, and effective at short and medium distances from the enemy. They belong to the class of the main weapon in CS:GO, and are used by many players. Submachine guns are good even for beginners. They are cheap, but ineffective over long distances.

The game contains the following models:

Sniper rifles are very powerful, and used at long distances. The main type of weapon. Expensive, but very effective in capable hands.

Among the models in CS:GO are:

Assault Rifles are quite expensive but very effective primary weapons. They are good even at long distances, have high armor-piercing power, shoot quickly, and cause great damage to opponents.

Players can take the following models:

Knives are not easy to use, so killing with them is considered evidence of mastery in CS:GO. Used only in close combat with two types of attacks: cutting (close range, powerful), and piercing (longer range, weak). Knife attacks don’t make too much noise. A blow from the back can kill right there. A player character with a knife runs faster than with other weapons.

There are different types of knives in CS:GO:

Grenades are a special weapon that allows you to inflict additional damage on opponents, create a curtain to hide your actions, force enemies to run out of a building, and sow confusion in their ranks. You can take several grenades into battle.

This category of CS:GO weapons has:

It is best to test every CS:GO weapon in-game to determine its true capabilities. Even though you won’t be able to use all of them at once, you can pick out your favorites and practice with them. For instance, you need to comprehend the elements of aiming and experience the impact. It’s important to note that the sort of weapon you use is heavily influenced by your position on the squad.

The name of the weapon in CS:GO is unmistakably the same as the name of its real-world equivalent. Additionally, the virtual version accurately mimics the features of genuine firearms. And this is a significant benefit of the game: you may take in the military industry’s accomplishments in total safety without having to experience real-world gunfire and explosives.