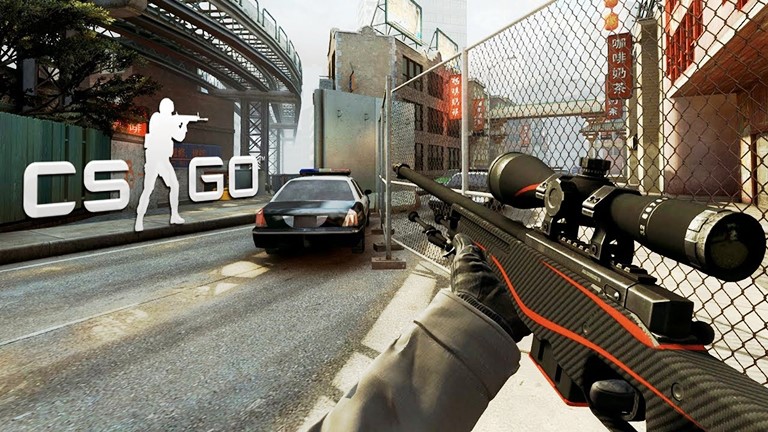 Counter Strike Global Offensive is a game that continues the legendary Counter-Strike series. In the new version of the game, the developer tried to improve everything that was before but added completely new features to it. This is how skins, character models, stickers, and much more appeared in the game. Naturally, unlike the previous version of the game, incredible graphics have been added here that can surprise fans of the previous CS. At the same time, the game, of course, also acquired physics, which will help users to experience each match from a completely new side. The game process has never delivered such a diverse range of emotions as now. And the process of CS GO download is very simple. Let’s see about that.

Officially, you can perform CS: GO download only through the Valve electronic store, the developers of the game – Steam. On other platforms, such as, for example, GOG or Origin, CS: GO is not represented. Previously, the game was distributed through the buy-to-play system, but recently it can be downloaded absolutely free of charge. It is worth noting, however, that now Counter-Strike: Global Offensive has two versions: free, which provides all the standard gaming features; and the premium one, which has slightly changed the selection of opponents, improved the anti-cheat system, and provides additional cosmetic rewards for Prime status.

Premium status costs $15, and you can also buy it on the game page on Steam. It is noteworthy that game add-ons, the so-called operations, must be purchased separately, regardless of whether you are a regular or Prime player. So, let’s see what steps we need to make to play the world-famous game.

The Steam game client is a platform where you can officially download the latest version of Counter-Strike: Global Offensive in order to start playing online, receive rewards, be able to open cases, and sell items. Accordingly, you will first have to install this program on your computer, if this has not been done before.

If during or immediately after installing the client you encounter a problem starting it, you will need to find the cause of this problem, which may not be obvious at all. But usually, everything goes well.

To use Steam, you will need a game profile that will allow you to save all the games in the library, make purchases, and ensure the safety of the client, if you additionally protect it with two-step authentication. In any case, CS: GO will also be linked to this account, so its creation is mandatory.

Once you have logged into the created account, you can proceed to the direct installation of Counter-Strike: Global Offensive, which will take a little time.

Searching for an application in the client and its further installation is done as follows:

If suddenly, at the first attempt to start the game, it turned out that it does not turn on, you will need to deal with the problem that has arisen.

Prime status in Counter-Strike: Global Offensive gives you access to unique souvenirs, but this is not important. In matchmaking, your opponents and allies will be the only players who have acquired this status. This privilege mainly protects against cheaters, because in the free version they are found in almost every match, and in Prime these cases are rare.

So, you see, everything is quite simple. Now you are a real part of the CS Go community!

Downloading the non-Steam version of CS GO from incomprehensible sites, you will not get the proper pleasure from the game. You will not be able to play on the official Steam servers, which guarantee reliability and safety from cheaters. Moreover, by downloading a hacked version of CS GO, you will lose the opportunity to trade skins. We can list a dozen more reasons why you should not download unlicensed versions of CS GO. Non-Steam is hardly good except for getting to know the game, and even then, after the game became free, this argument no longer works.

On which servers can you play pirated CS GO copies?

When deciding in favor of a pirated version of CS GO, be prepared for the fact that you will not be able to play on the official Steam servers based on the 48th protocol. The only available option for pirate lovers is to launch the game on non-Steam servers, which allow you to partially modify the gameplay, but you will be forbidden to participate in official tournaments. Recall that servers serve for communication between gamers. By connecting to it, the client provides a constant update of the game world (character movement on the map, data regarding his state of health, etc.) during online matches.

Therefore, server selection is a very important aspect not only in CS GO but in all other multiplayer shooters. Some players believe that the unlicensed version of CS GO consumes less PC resources (RAM). Therefore, for weak PCs, they work better. On the Internet, you can find detailed step-by-step instructions on how to connect to non-Steam servers and where to download the necessary files to start.

What does pirated CS GO include?

Some developers of alternative pirated versions of CS GO allow each user to choose a rank and title during the installation of the game from the start. Moreover, when the game is launched, as a nice bonus, you will find in your inventory all the skins, knives, and gloves that exist today. This spectacle looks very funny: you go into your inventory, and try on the coolest coloring pages that every gamer can only dream of since their cost on the Steam market is several thousand dollars. But you will not be able to show off fake skins during a match on non-Steam servers in front of other players.

Many servers will disable the display of fake skins. Therefore, fake coloring pages will be seen only by you. This whole story reminds us of buying Chinese fakes of expensive brands. In addition to skins, music packs, cases, and other in-game items are also available in pirated versions of CS GO. Alternatively, they can be tested in non-Steam to understand whether it is worth buying original counterparts in the future.

Where can I find non-Steam servers for the unlicensed version of CSGO?

If you download one of the pirated CSGO builds, then in the launcher you will be able to launch a window with a list of official servers. It is enough to choose one of them to start the game. Another option is to search for servers through a search engine, on forums, on social networks. There are separate groups where it comes to choosing a server for playing in different modes. Perhaps this information will be useful to you during the selection of servers.

Now you know where to download Counter-Strike: Global Offensive officially and for free, and you can try yourself in one of the most popular esports games of our time! But remember that pirate versions of CS GO will deprive you of the atmosphere of unity with the CS GO official community of the world.