Can you get CSGO skins by playing? | CSGO-Top.com
Skip to content 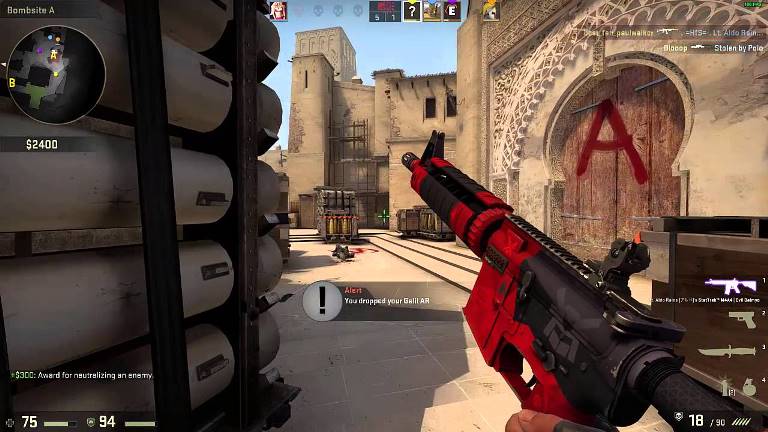 Since Counter-Strike: Global Offensive has been one of the most played games on Steam for a while, it is understandable why so many people are curious about how to obtain CSGO skins by playing. Users adore this game for its varied possibilities for customizing the appearance of weapons and other in-game objects, in addition to its addicting gameplay and the possibility of playing with friends. Make your character distinguish from the crowd by selecting realistic or uncommon weaponry or by standing out with a rare skin that few possess.

CS:GO: how to get things? 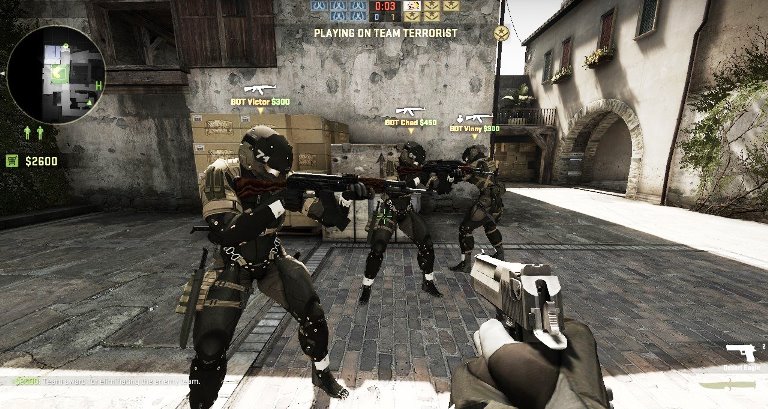 Many gamers would like to get cool CSGO skins by playing. It is for this reason that they storm the forums with questions like: “How to get things in CS:GO?” This article aims to answer this question.

In CS:GO, a special drop system is responsible for item drops. The player has a certain chance of dropping one or another item. The more he plays, the less this chance. For example, let’s simulate the situation as if you had just launched the game. Half an hour later you dropped a weapon. The drop rate for the next weapon has now been slightly reduced. And this happens every time. The more things you get, the less chance you have of getting something next time. This chance is cumulative. But, of course, it is reset weekly. The item drop timer resets every Thursday at 4 am BST.

Also, many are interested in the rarity of drop-down items. Here, too, a similar system operates. The more valuable the weapon, the lower the chance of it falling out. For example, white weapons are much more likely to drop than red ones.

Drop per game in CS

The easiest way to earn a few items is through the game itself. The main thing is to play often and for a long time. Inside the game, there is a time counter that affects the amount of flying drop. The update takes place once every seven days – at night from Wednesday to Thursday.

Do not expect that the things obtained in this way will be unique. It is worth recalling that in CS they are represented by six classes:

The more exclusive and expensive the skin, the less frequently it drops. You can also buy keys to chests for money. But since we are interested in available mining methods, we will not go into details.

To get CS:GO skins without paying a penny for it, the following methods are suitable:

Skins for free in the game itself

If you are active in your game account and raise your rank every week, then at the end of the game week you will be given a special chest in CS:GO. The chest will be from a random collection, the weapon skin will also be random. This method is very simple and absolutely transparent, but only a beginner can call it fast and useful. Moreover, in order to get skins, you will need to use only those servers where VAC protection is installed, and also play exactly those modes where skins drop out – a lot of inconveniences. This option is more profitable since cases usually cost more than consumer goods or graffiti, and if you catch your luck, you can get a newly released chest. The amount varies depending on the moment of sale, at the very start, you can easily get a case for $ 10.

At the moment, there are many sites where you can get a worthy prize for winning the tournament. It doesn’t have to be a 5v5 match, look for the option that suits you depending on the number of players. If the user plays well, then with the help of tournaments he can earn expensive items for himself. True, in order to get a knife, you have to spend a couple of months of hard work. There are a lot of free tournaments, you can find them on tournament platforms.

Drop for getting a new rank

As soon as you fill the rank bar with 5000 experience points, after the end of the match, you will receive a drop in the form of either a skin from the current collections or a regular graffiti. A skin or graffiti will fall out to us, this is already completely random. This drop only drops once a week. That is, if in a week you fill the scale for another 5000 points, then you will not receive another drop.

Graffiti is in fact the cheapest item to drop, and its cost fluctuates around just a few rubles. Skins can drop both expensive and cheap, it all depends on the collection, the rarity of the item, and, of course, on your luck.

Earlier in CS:GO, after matches, items from other collections also dropped out, which are now removed from the drop pool (for example, the Cobblestone collection), and, as expected, the price of such items has increased significantly.

Now about the drop of cases. To get them, we do not need to gain experience in the game, just run it and be on some server, be it a regular official one, or some third-party server. The main thing is that it is protected by the VAC system.

In total, within a week, we are guaranteed to be able to receive 1 case. It drops out after about 3-4 hours of play. In very rare cases, within a week, a second case may also fall out, but usually, this is more of a very rare exception than any rule. In most cases, only one case drops out in 7 days.

The week counter with cases is not reset at 4 am on Wednesday but is reset from the day the first case is received. For example, the first case fell out to us on Friday, which means that the next case will fall out no earlier than next Friday.

You can get skin drops and graffiti only after matches on official Valve servers: matchmaking, teammates, deathmatch, migratory snipers, arms race, and regular. The chance to get expensive skins is extremely small, but not equal to zero – before, and after matches, even Dragon Lores fell to players. Also keep in mind that only 1 item can drop out of one match – either a skin, or a case, or graffiti.

Valve hides the real chances of dropping after a match in CS:GO. Moreover, the developers are constantly changing the collections, the skins of which fall out after the matches, so it is almost impossible to track the probability. Therefore, farming only cases is beneficial, since they drop out much more often, and it takes less effort to get them. Even if skins drop out, they are almost always of low quality. Getting at least a banned gun is a great rarity and good luck.