CS GO patch notes: what we have seen and what we are waiting for?
Skip to content 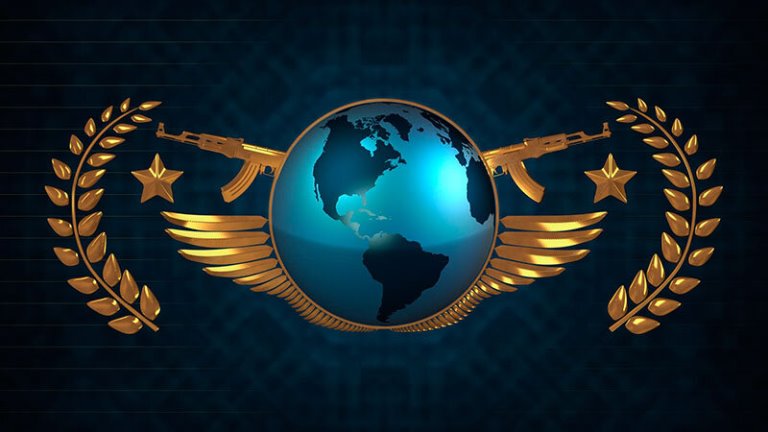 Matchmaking is the first-ranked mode in CS

Matchmaking appeared in CS:GO on October 25, 2012. This is one of the very important CS:GO patch notes, because before it there were no official modes in any version of the game – you had to play only on servers. Of course, this was enough for many. But in matchmaking, they added titles – a visible goal for which you can play.

By the way, the rank system has never been changed, and only Valve employees know how the mechanism for raising and lowering ranks works. This is one of the problems of matchmaking. When a player hits the ceiling, that is, Global is up, and the motivation to play disappears a little. And in matchmaking, the 64th tick rate, and sometimes there are cheaters.

Nevertheless, matchmaking is the most important part of modern CS. Many open the game only to launch the next ice rink and get a new title.

Naturally, in the history of CS there were many fixes of different guns. They are the main tool in the game, so it is not surprising that their characteristics sometimes change. Remember, before CZ shot almost like M, and more recently, Deagle always killed with two bullets in the body? And what about the SG 553 fix that knocked AK-47 out of the meta for almost a year?

The most significant weapon fix in CS:GO history is the AWP changes in 2015. The developers have significantly reduced the speed of walking with AWP in zoom. Dashing around the map and quickly retreating, making frags, has become much more difficult. The main sniper of that time among the pro-players was Kennis. He generally believed that this update was directed specifically against him.

In September 2015, an update was released in which Valve completely redesigned the system of hitboxes and model animations. Before that, they were not entirely realistic: the hitbox was smaller than the character. And it was very difficult to kill an opponent in the back: the game simply did not count hits. The update fixed all the shortcomings of hitboxes, added an animation for moving upstairs, and animation for changing weapons from a third person.

Until December 2018, CS:GO was a paid game and cost $5, later Valve made the game shareware. It seemed that such a decision would attract even more cheaters to the game. In fact, this was done just in order to reduce the number of dishonest players.

CS has a prime status – you need it to play ranked matchmaking. All beginners were offered two ways to get prime: get to level 21 (which is quite a long time) or pay $10. Of course, this did not stop the cheaters. But some still thought: why to pay that kind of money if you can be banned for not the highest quality and, possibly, free cheat?

Now almost every CS player has skins: cheap or expensive, rare or popular. When Valve releases another case, the community as a whole reacts negatively. But the case is opened all the time, and red guns and knives or gloves from it are sold for big money.

Skins are the first in-game items in CS. Without them, there would be no stickers and patches for players and teams. Skins have had a very strong impact on the CS:GO ecosystem: they used to be actively traded, and someone even made a fortune on them. Skins are investments. Over time, cases drop less often, which means that the guns from them become more expensive.

What happened when they do add the possibility to drop a grenade?

Precisely what can be said – CS:GO got a new breath of fresh air. This update definitely interests both regular gamers and those who have started to play this game less. Of course, this turn of events completely changed the balance of power in competitive CS:GO. Coaches and analysts became more in demand. The grenade drop is a real challenge for the captains, and it seems to us that not everyone is able to cope with it.

The game definitely got harder. The economy also become important, players think a hundred times whether to buy them this or that weapon instead of grenades, or vice versa. This update was a turning point in the development of Counter-Strike. The question remains, will this turn be in the wrong direction, or straight to success?

We waited! Finally, a major update has been released in CS. The last time this happened was many months ago when the grenade drop was added to the game.

What has changed now? The update affected several maps, including those from the official map pool. Fixed the main imba in the game, as well as several bugs. We have collected the most important things of the update.

The main news is the M4A1-S fix. They cut the patrons

Of course, the main thing from this update is the M fix with a silencer. Everyone has been asking for this for a long time. In the M4A1-S they reduced the number of rounds: now there are 20 of them in the clip – before it was 25. Damage, recoil, rate of fire, and other characteristics were not touched.

What does this fix mean? Obviously, now it will be more difficult for the special forces to take exits and make three, four kills at a time. This used to be a fairly common occurrence. Probably, the endless shots in smokey will also stop. In general, patrons will now be saved.

Ancient is being made more balanced

Ancient has been in the map pool for not so long and the map is still being worked on. Although rarely. In this update, both sites were slightly modified. On A they walled up one of the exits from the temple. Now the players have one less pass: the special forces will not be able to look at the donut from this position and knock out the plant.

The totem is the only cover on B that can be bombed behind. After the update, this position was greatly strengthened – it will be more difficult for players to kill a player who sets C4.

Another important change: boxes have been removed from B to mid. It is now easier for terrorists to control presses from the center of the map.

Valve understands that Ancient still has an edge in favor of special forces. This update is just aimed at balancing the map.

Bomb explosion radius has been increased on Inferno.

A small change has also been made to Inferno: the radius of the bomb explosion has been increased. Previously, terrorists often stayed in the big sands and waited there for the detonation of explosives. In order not to run away from the site and not be substituted for the special forces who want to knock out the devices. Now, if you put a bomb on default and sit in a corner in the sand, you won’t be able to survive.

However, there are still zones on the site where you can put C4, and then not die. On reddit they threw an approximate map. The red area is death, the blue area is survival, white area is survival even if you don’t have any armor. This card is relevant provided that you have 100 HP.

Do you remember Dosi’s legendary move in the Major finals? With its help, he removed some of the HP of the Brazilians in the sand, because of which, after the bomb explosion, they died. Now there is practically no point in such a move because C4 is most often set on default.

Fixed a bug with “molotov”

A bug with the Molotov was fixed on Vertigo. Previously, SFs threw fire at the middle, and it also flared up on the passage to B – through the ceiling. That is, it burned in two places at the same time. Valve has already tried to fix this bug. Maybe it will work on the second try.

Two maps have been changed in CS:GO and several bugs have been fixed in 2022

On July 2, Valve released a patch for CS:GO, with which Recoil Case appeared in the game. It includes 17 weapon skins created by the community. Information about this appeared on the site of the shooter.

On the night of July 13, a patch for CS:GO was released, with which several bugs were fixed in the game. In addition, the developers have made some changes to the Ember and Hive maps.

In Ember Map the developers:

In the Hive map:

Counter-Strike: Global Offensive has been afloat for almost 10 years now. But every year it is necessary to make more and more efforts so that the game does not sink into oblivion. And here the efforts should be made by the developers themselves, on whom the development vector of the game depends both in the esports component and in terms of simple entertainment for millions of people from all over the world. For now, we are waiting for the game to be transferred to the Source 2 engine and we will see what happens.