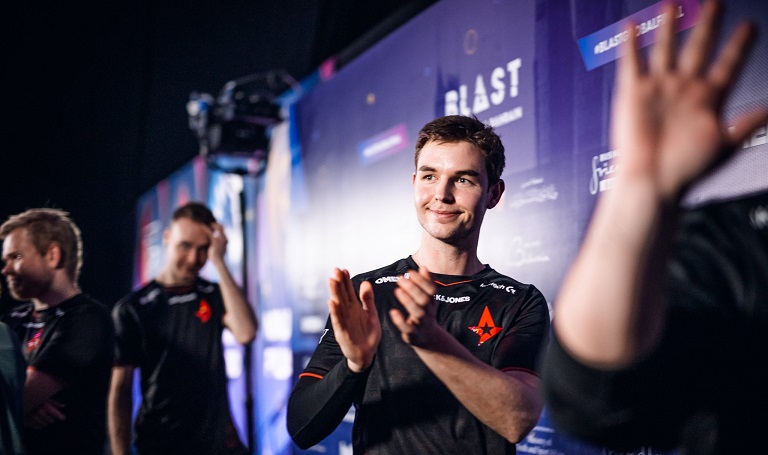 CS: GO is a legendary game that many players want to reach the highest skill level. They spend hours in the competitive matches to acquire “Global Elite” ranks, improve playing abilities on the community maps, and play online championships to prepare themselves for esports. Today, hundreds of professional teams gather the most talented and determined gamers who want to tie their lives to Counter-Strike. So, let’s discover the most popular CS: GO players in 2022 and try to understand the secret of their success.

What Pro Teams Have Most Talented Players?

Nowadays, the worldwide tournaments’ awards are high and reach up to $1,000,000. So, professional CS: GO players go all out to win the championship and become respected by millions. However, high shooting and grenade spread skills are not enough to become a world champion – teamwork, game understanding, and personal qualities (composure and stamina) are necessary. And now, let’s discover those teams whose players have these excellent combinations of sportsman traits.

The Ukrainian team is one of the most recognizable and titled. It was established in 2009, and in the first years, it won the major LANs for Counter-Strike 1.6: Intel Extreme Master, ESW Cup, and WCG 2010. The secret of success for the team was sincere friendship and a desire to reach heights together. And its first squad was the best pro team in the world for a long time.

But since that time, the line-up was changed multiple times, and in 2022 it includes the following sportsmen:

This line-up took first place in the HLTV world ranking for more than 4 months, becoming an absolute record over time. The team won the most potent LAN in 2021 – PGL Major Stockholm with the $2,000,000 prize pool and acquired worldwide fame.

It is a Danish pro team that had an invincible squad in 2015-2016. The excellent skill and team communication, comprehensive preparation for each tournament, and talent of each CS: GO player led them to the best results. The Astralis team is the only pro team that won 4 majors (of which 3 in a row), and no one could surpass their success. They became the winners of ELEAGUE Atlanta 2017, FACEIT London 2018, IEM Katowice 2019, etc. Dev1ce and Dupreeh were the MVPs of practically every match.

However, the squad was disbanded, and nowadays, there are other players:

Today, Astralis is in the top 30 HLTV ranking and performs well in each significant championship.

The most mysterious multinational team suddenly appeared on the pro scene and won famous pro squads one by one. It firstly consisted of famous gamers that were kicked off their primary teams. Karrigan, the former captain of Astralis, became the leader of FaZe.

The team won the PGL Major Antwerp 2022 by defeating NA’VI in the Grand Final and also became winners of multiple minor championships.

The squad established in 2018includes French and Dutch players that show remarkable skill and game understanding. Even though they didn’t win a major, they acquired 1st place in other championships, such as ECS Season 7, EPICENTER 2019, BLAST Premier Fall 2020, etc.

The team members are:

Several times, the team was regarded as one of the most powerful worldwide and was in 1st place in HLTV rating.

The Most Popular Pro Players

Here, you can find the list of the most recognizable CS: GO players worldwide that proved their high skill by winning many significant championships and passing through ups and downs. Their professionalism is an example for all novice gamers aiming to become famous once.

Alexandr Kostyliev a CS: GO player that Ukraine and all CIS countries are proud of. He was born in Kyiv, and since childhood enjoyed playing Counter-Strike, and spent hours improving his skill. He entered esports in 2014 in an A-Gaming team, and since that time, he has been a member of famous teams such as Hellraisers, Flipsid3 Tactics, Evolution, and Team Liquid.

Now, he’s playing in NA’VI, and in this squad, he became the top 1 player of 2018 and 2021 in HLTV rating. Alexandr’s playing style with AWP is unique, and once when he made a clutch on Cache, his achievement was immortalized by graffiti on the plant B wall.

Mathieu Herbaut is a member of the Vitality Team, and his excellent AWP playing skills brought him first HLTV positions in 2019 and 2020. The French gamer started playing Counter-Strike at 7, even resisting his mother’s negative attitude toward his hobby. But through tenacity and purposefulness, Mathieu became one of the most popular CS: GO players by winning various global championships.

Havard Nygaard is a Norwegian player famous for participating in major tournaments with G2, Team Kinguin, and FaZe. He has excellent shooting skills, and the match spectators admire his one-tap kills. The player’s wish to be the best brought his team victories in famous world tournaments with a significant prize pool.

Lukas Rossander is considered one of the world’s best CS: GO captains. A Danish pro player won 4 majors with the Astralis team and was a member of more than 20 teams since the beginning of his career in 2012. After a long way to success, he becomes an indispensable leader of Astralis that gives his all to bring his team to victory.

Overall, the most popular CS: GO players passed through many defeats and challenges to become world-famous. Their high personal qualities and the desire to win are appreciated by the community members, making them an example for young players.