When did CS:GO cases appear and what are they? | CSGO-Top.com
Skip to content

There are hundreds of cases in CS:GO. We counted and were shocked! That number makes the head spin. Yellow and black, cubic and similar to a case or a shoe box – you probably have at least a couple of these in your inventory. Usually, they are meant by the word “case”. There are thirty-four such cases in the game. CS:GO cases appeared in the game on August 14, 2013.

What was the first CS:GO case?

Arms Deal case was released on August 14, 2013, almost a year after the release of the game, and it was the first of CS:GO cases that appeared. This case included only 9 skins. Three military qualities, three forbidden, two classified, one secret. We don’t count the knife. This case costs about $20. Let’s see what was in it.

Cool skin on MP7. Quality – after field tests. The price starts from $5. The texture of black or red skulls was applied with waterproof paint.

This skin has only 2 qualities: straight from the factory and a little worn. The price starts from $5. Decorated with stickers in the form of eagle feathers.

Quality – after field tests. The price starts at $5. Individual parts of the weapon are spray-painted in solid black and pink.

Very cool skin. Quality – straight from the factory. The price starts from $28. A pattern in the form of a dragon was glued onto the base with a metallic tint.

Quality – after field tests. The price starts from $23. The chrome base has a pattern of stripes and spots in metallic shades.

Beautiful M4A1-S. Quality – after field trials. The price starts from $22. The chrome base has a pattern of stripes and spots in metallic shades.

Quality – straight from the factory. The price starts from $35. A black pattern was applied to the mother-of-pearl base using a stencil and a can of paint. This skin can cost a lot more. It all depends on the position of the eye. The closer it is to the store, the more expensive the skin will be.

Quality – after field tests. The price starts from $57. Hardened using charcoal at high temperatures. This skin can cost more if it has a large amount of blue color or its complete absence.

The very first secret skin on AWP. Quality – straight from the factory. The price starts from $165. An anodized effect paint was applied to the metal base in the form of lightning bolts. 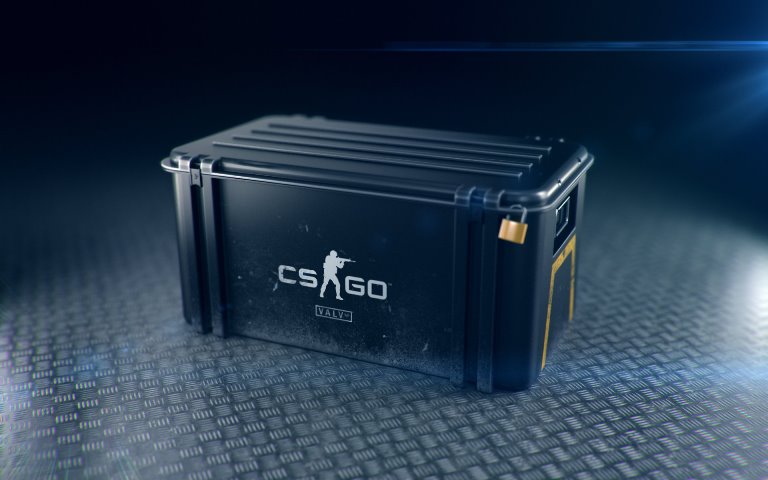 Other CS:GO cases that appear

An analog of cases with skins, only with different content. Conventionally, they can be divided into two types: regular and eSports. Both of them can be purchased and opened. One sticker can be removed from each capsule.

Esports capsules are associated with majors. The stickers themselves can be team and nominal. The latter, in addition to the design in the style of the participating team of the major, also contains the player’s autograph. Each major releases a new set of capsules with new stickers.

The main difference between stickers and skins is that they are disposable. Once applied, the sticker cannot be returned, only removed from the weapon, completely destroying the sticker along the way.

Another box with skins, but with special properties. Firstly, it can only be obtained by purchasing from the owner or during the Major. Secondly, a key is not needed to open the souvenir set. And third, skins from souvenir sets drop out immediately with stickers.

Another important detail is that only a souvenir skin can be obtained from such boxes. This is a special property. It, for example, prohibits the use of a skin for crafting.

Such packs often contain unique skins. For example, the AWP Dragon Lore can only be obtained by purchasing, trading, crafting, or opening the Cobblestone Souvenir Pack. The cost of the latter is in the hundreds of dollars!

In October 2016, Valve reinvented “sprays” – drawings that anyone could apply to floors, walls, and other areas of maps. Along with the new name, graffiti, the mechanics have also changed. Now the drawings were limited in the number of uses, and they could only be obtained from new boxes with graffiti or in the post-match drop.

The difference between drop-down and purchased graffiti is noticeable. The latter are colored and look much cooler. But they can also be used only 50 times, after which the item disappears. As with stickers, graffiti is disposable. Only closed graffiti can be transferred and sold.

To open a box with graffiti, it is enough to have it. No keys or other items need to be used.

So far, there are only two sets of patches in the game – CS:GO Patch Pack and Half-Life: Alyx Patch Pack. Both contain apparently patches. They can decorate agents from Operation Shattered Web.

Patch sets work exactly like graffiti boxes. If there is in the inventory, then they can be opened. Like graffiti and stickers, patches cannot be reused or crafted. In general, already familiar with mechanics.

The last type of cases is a box with a gift. More precisely, boxes, because there are already three types. An individual gift, a gift for all players on the server, a maximum of nine players, and gifts for spectators, a maximum of twenty-five spectators.

Gift boxes have a number of restrictions. You cannot get a knife or a secret skin from them. Stickers and items from StatTrak are also in the span. Also, you cannot send a gift box to yourself.

Now you can use the gift box only during the warm-up. Immediately after activation, the lucky ones will receive a random item from a limited list. To use, you only need to have a box, no additional items need to be bought. 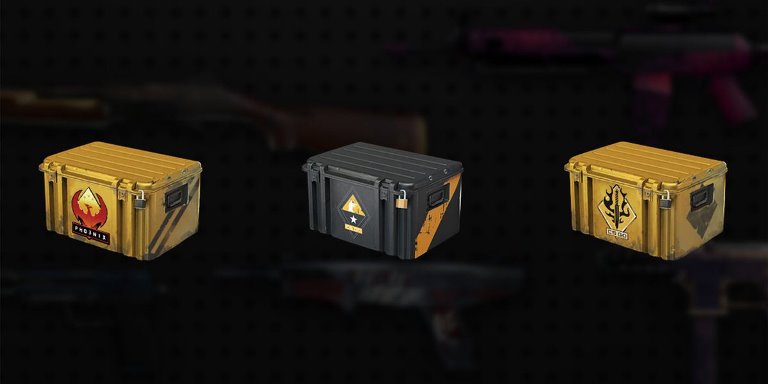 How many cases opened in CS:GO?

The statistics on opening cases in CS:GO has become known. In total, since the release of the game in 2012, gamers have opened more than 908 million containers according to the data on reddit.

According to research, the Chroma 2 case is the most popular among players, from which you can get the AWP Man-o’-War. This container has been opened more than 71 million times. The top three also included Clutch and Spectrum cases with 61 and 53 million openings, respectively.

There are a lot of different cases in the game. They differ in content, cost, and principle of operation. But remember! Opening a case is a game of luck.