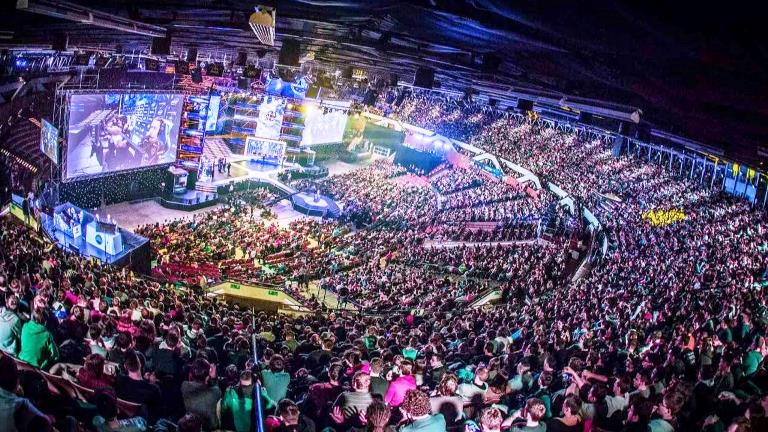 ESL, the organization behind the competition, has announced the autumn CS:GO IEM Rio Major 2022 for Rio de Janeiro in Brazil. The second major of 2022 will be held during the week of October 31 to November 13.

At the IEM Rio Major 2022, 24 teams will compete in three rounds. From November 10 to November 13, live playoff matches will take place at the Rio de Janeiro Olympic Arena. Tickets are on sale beginning on May 25.

The CS:GO Major finally made it to Rio. Valve wanted to host the ESL One Rio Major back in 2020, but then the COVID prevented the tournament. Now, just 2 days after the end of the Antwerp Major, the next major tournament has been announced – IEM Rio Major 2022. Let’s figure out what prize money the teams will fight for at the major in Brazil.

Prize fund of the autumn major 2022

The prize fund of the Major is $1 million, there are no surprises here. The same prize money was at the last Major in Belgium.

In terms of prize distribution, the Fall 2022 CS:GO Major will be different from the previous ones. At the IEM Rio Major, all teams will earn prize money.

Fans already know the dates and the prize pool of the major in Brazil, all that remains is to figure out the list of participating teams. Let’s figure out how many participants there will be at Rio Major, and who plays at the major in Rio 2022.

Participants of the Rio Major 2022

Who exactly will play in the Major will be determined by regional RMR tournaments. Now, let’s see what the tournaments in CS GO are and what to expect.

What are professional CS GO tournaments?

The desire to get into eSports is the main task of any online project. Esports promote user engagement, raise funds for game improvement, and enable the discipline to figuratively spread around the globe. The counter-strike video game genre handled the challenge flawlessly, growing to become one of the most well-liked eSports disciplines. And while some projects view the Lan-tournament as a success, CS:GO attracts the biggest names in e-sports and their supporters practically every month, competing for thousands of dollars in prize money, including pure gold.

To understand all the intricacies of tournaments in CS:GO, you need to spend more than one month studying the material. However, in order to understand the general structure of esports, namely the types and formats of tournaments, matches in them, prize money, and calculation of the rating of teams and players – this info was gathered for all this.

In Counter-Strike, there are various competition categories. Although they are typically connected, certain tournaments are held apart from the main events.

There are a ton of different competitions and games, but these are the important ones:

It is best to study each of these events independently because they each have distinctive rules, rewards, selection criteria, and tournament formats.

If football has the Premier League and hockey has the NHL, then Counter-Strike has its own leagues for teams at various levels. FPL, ECS, ESEA, and ESL are the most well-known of these. These competitions follow the following format: teams participate online, their results are added to the tournament table, and the top competitors get together for the season finale to compete for the trophy, ranking points, and prize money.

These are competitions that are regularly held but are not a part of major or minor competitions. Among them is BLAST Pro Series. These competitions are live events that are broadcast in front of large audiences in arenas. Although the format of these competitions varies, it is often a double-elimination system with BO1 and BO3 encounters. This type of tournament is the most successful in terms of entertainment. As for getting teams to such tournaments, most of them receive direct invitations from the tournament organizers, and the remaining slots are played first through open and then through closed qualifiers.

These tournaments are organized by Intel, the same company that manufactures PC processors. There are more such tournaments per year than other tournaments from one organizer, and they are held each time in different cities. These tournaments include IEM, DreamHack Masters, ESL One. These are very prestigious tournaments with a large prize fund. Teams can participate in these competitions through closed qualifying or direct invitations. Additionally, from 2018, these competitions have been eligible for the Intel Grand Slam, a unique accolade. The winning team in a calendar year will receive $1,250.000. The Danes from the Astralis squad were the initial recipients and proprietors of this prize. They accepted their reward—pure gold bars for the same amount—as their award.

For teams in the bottom ten of the world rankings, these competitions serve as genuine stepping stones to major eSports events. Minor competitions do not have a big prize fund, but they do grant entry into a major competition with a $1,000,000 prize fund. These competitions take place all throughout the world, and the greatest teams come together for the year’s premier event, the Major.

Any professional player’s dream and every eSports organization’s goal is to win such a competition. Such tournaments have predetermined dates and substantially greater prize pools than ordinary competitions. Such competition can be entered directly or through minors. They provide the greatest rating points for them, and the team itself gains notoriety as a result of competing in such competitions. The fact that memento chests drop from the games during the big tournament adds to the appeal of the event for the players. You can see that the IEM Rio Major 2022 is one of these competitions and is the greatest event in the eSports industry.

Bracket layout for tournaments and types of matches

With such a wide variety of contests, the holding system, the types of brackets, and the types of matches in them are pretty comparable. There are two basic types of tournament formats: single elimination and double elimination.

In a single-elimination format, teams compete against one another right away for the right to be eliminated, giving them no opportunities and the freedom to make mistakes. However, double elimination is the more common tournament format, thus this strategy is not utilized as frequently.

In Double Elimination, there is an upper and lower bracket in this tournament style. The team that loses the first match stays in the competition but moves to the lower bracket, where it can still advance to the championship match. If this occurs, the team that advanced through the upper bracket will start the match with a one-map lead.

The amount of cards needed to win a match determines how matches are split up in tournaments. Three primary formats are available: B1, B3, and B5.

BO1 matches, in which only one map is played, are the most “random” match types. After taking turns “banning” the remaining cards, teams will play them. This format is used for all regular season competitions, qualifying rounds, and the BLAST Pro Series.

The most common tournament format is BO3. Teams compete for a maximum of two victories while alternately blocking and selecting cards. It is utilized in every playoff bracket and at all major tournaments.

This 3-to-3 match type for BO5 is becoming less and less common. Neither the group stages of tournaments nor the playoffs make use of it. In the championship rounds of some competitions, like ESL, the BO5 format is employed. the most time-consuming games, for obvious reasons. They may last three to eight or more hours.

This information on CS:GO tournaments are basic, and its assimilation is enough to calmly navigate the eSports scene since everything else is subtleties that only analysts, cappers, and bookmakers need. And from this info, you can see that the future IEM Rio Major 2022 is one of the biggest events in the eSports world that many fans are looking forward to.