CSGO skins: what makes them so special? | CSGO-Top.com
Skip to content 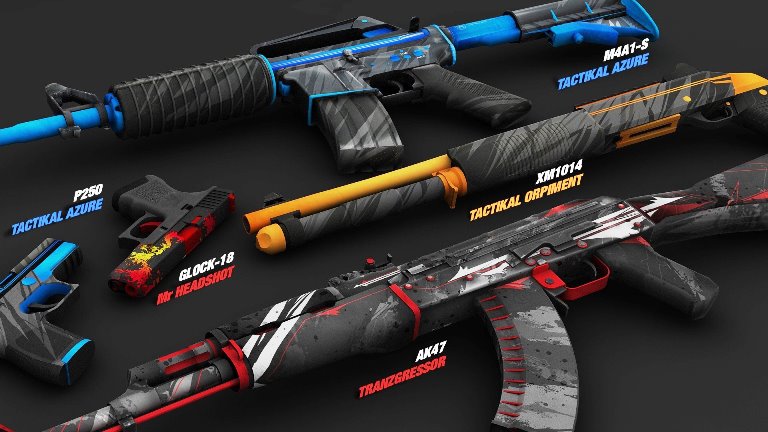 Counter-Strike: Global Offensive has been one of the most popular computer games of its time since its release. When tradable CSGO skins were added to the game in 2013 with the Arms Deal Update, a whole new market was born.

What Makes CSGO Skins So Special?

Unlike most other games, CSGO skins are not tied to an account. You can buy and sell them, trade them with other players or lend them to friends or give them away. Also, most skins can only be obtained from crates called cases. These can be bought for pennies or just stumbled upon while playing. To open a box, you have to buy a key, which currently costs $2.50. When you open a crate, you have a high chance of getting a “Mil-Spec” skin.

The highest rarity has the “Covert” skins (red) and the knives, mostly called knives. Rare skins can often be worth a lot. The nicer-looking knives start at around $150 and go beyond $10,000. When you open a crate, the different images of the skins scroll through and you get the skin that the line stops on. This process is known as the loot box system. You can either make a profit or a loss.

Typically, blue and purple skins make you lose, while pink and red skins and knives make you gain. This luck-based system is now popular in other video games as well, e.g. B. in the FIFA series. There you can open packs and get good (or not-so-good) players for your team. However, the game of randomness is also present in other sectors of the entertainment industry. Slots, which are commonly found in casinos, operate on a similar system. Most classic slot machines have five reels and three rows. As soon as you press the button or pull the lever, the random number generator decides whether you win or lose.

Since the money invested in CS:GO is not really lost, since the skins can always be sold or exchanged, many players are willing to invest such a large sum in their favorite game. In fact, in the last 7 years, prices have risen so much that many investors have made more than 100% profit with rare skins. The ability to get skins from A to B quickly and their monetary value has resulted in many sites now offering gambling with CSGO skins as a deposit and withdrawal method.

For players who don’t have any skins yet, there are even sites that offer the opening of crates online, outside of the game, which players already know from CS:GO. Here players have a freer choice of which crate they want to open, e.g. there are very expensive crates that only contain knives. The user can set his budget almost completely freely, while in Counter-Strike it always costs exactly $2.50 to open a crate. 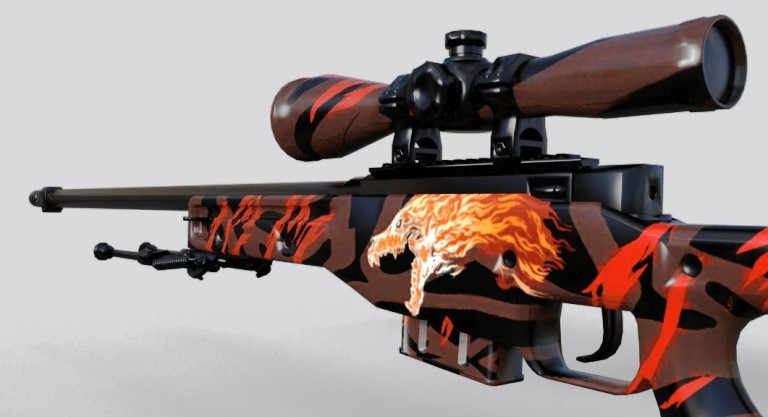 There is so much value in the CS:GO skin market

These sites and of course the increasing popularity of CSGO have ensured that the total value of CS:GO skins is now over 500 million dollars. It’s impossible to put an exact number on this as many players set their profiles to private so their skins are not visible.

Unfortunately, the CSGO developer Valve does not reveal any numbers either, so it could well be that all skins together are now worth almost 1 billion dollars. The big CS:GO dealers, called traders, now have inventories that sometimes contain skins worth several hundred thousand dollars. It remains to be seen what the future holds for CSGO and its skins.

Getting skins from cases

But let’s not forget that skins are available not only from the game itself or the trading platforms. You can get popular skins from cases.

Cases can be obtained in several ways:

How to open a case in CS:GO?

To open the chest you will need a key, unfortunately, the key cannot fall out after the match. The key can only be purchased in the game or on the STEAM marketplace. The cost of the key itself is about $2.5. After you have purchased the key, you can open the case, to do this, right-click on it and click open, the opening process will begin, and at the end, you will randomly drop a weapon, and the case and key will disappear from your inventory. Oh, and by the way, each case has its own key, do not forget about it.

Is it possible to make money on cases by selling them?

This question occupies many novice players. There are legends on the net about people who earn more than $1500 a month by simply selling skins and cases to other players. However, for such earnings, you need skill, patience, and also start-up capital. And, of course, understanding which cases will be in demand after the end of the game event.

It makes no sense to invest in buying cheap cases – during the event, they will drop out more than a dozen times for each of the players. With expensive ones, the situation is more complicated – a person may not farm the necessary case and decide to buy it after the end of the event.

The most effective way to make money on cases is to regularly play the game, knocking out those cases during missions that are not in the assortment of the game store. They can be sold at a high price even not after the end of the event, but even during its action. After all, many players will prefer to pay money for a case or skin they like, rather than knock it out on their own, spending hours and days of real life on it.

The sale of cases and skins, as well as their purchase on third-party sites with their subsequent addition to the game, are not prosecuted by the administration, and accordingly, there is no risk of subsequently getting an account blocking or withdrawal of a skin or case acquired out of the game. The absence of such restrictions allows many players to develop their own “business” of selling cases and skins, but as a rule, you can’t earn big money from such actions. Therefore, the idea of making money on cases and selling game elements is something akin to science fiction: for a permanent income, you will need to regularly knock out very rare cases that are in demand. And this is not always available due to the random nature of containers dropping out for various missions.